When an Ulster Bank keyring appeared in an episode of Derry Girls one evening, we sprang into action.

We contacted the bank to let them know and to ask them to locate every branded keyring they could get their hands on. We also dispatched one of our team to buy as many packets of Rolo as they could and to cut them in half (watch the episode!) By the next morning, we had thousands of Ulster Bank branded keyrings and half packets of Rolo being handed out in the bank’s Derry branches as well as its largest branch in NI which is located in Belfast. When the word went out on Ulster Bank’s social media channels, fans of Derry Girls went mad for the the keyrings (and Rolo) and for the social media content. We even had the writer of Derry Girls and some of the cast share our posts on Twitter and Facebook. Hundreds of people commented on the posts praising the stunt for being creative and in tune with the bank’s audience. 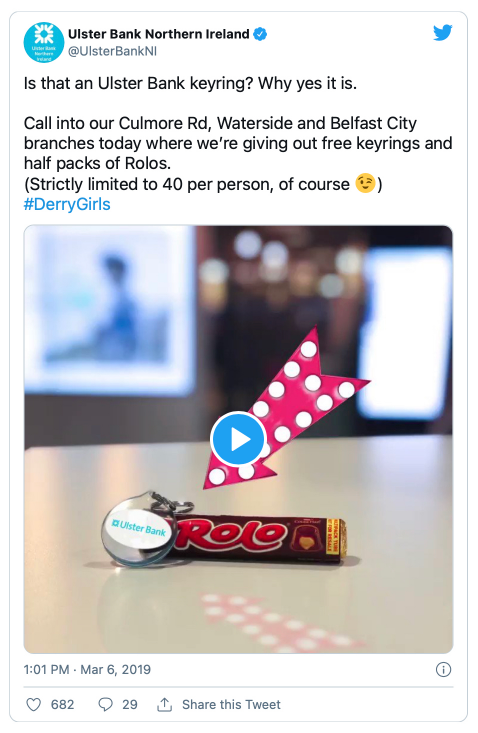